Tell us how you first met? Who, what, when, where, why?

We met through an online dating site like a lot of couples now do. POF. I messaged him first (my profile was blocked) after talking for a while I agreed to meet him at his place to play Nintendo. Was supposed to be Mario, he lied and never had any Mario games. We ordered in from a local Mexican place where he “impressed me with how much he can eat” haha one giant ass burrito and half of my nachos later. Wedding at Two Harbors MN

When did you know he/she was the one? Was there something he/she did?

You know there’s something special about them when you can just be yourself. You don’t feel the pressure of trying to impress them or being embarrassed about stuff. Wedding at Two Harbors MN
Tell us about the proposal. (Did you see it coming, how long was it in the planning? how did you feel? nervous, excited, freaking out?)
Ohh gosh… Long story short I ruined my own proposal. We had talked about engagement and rings for a while prior. So knew it was going to happen at some point just wasn’t expecting how it unfolded. Wedding at Two Harbors MN

Few weeks prior to all of this Ben had been really pushing my buttons saying stupid stuff like “how about you just change your name and we don’t get married” or “I’m just going to ask you on the couch” or “why let the government ruin a good thing”
We were driving back from his brothers early morning from letting their dog out. We started talking and he said he bought me a black diamond. My exact words were “like black?? No, you didn’t because you know me better than that. It would look like plastic”
Ben then says “well guess I’ll just have to return it then”
I at this point (pregnancy hormones) was just pissed and I told him “don’t fuck with me.”
Ben says he really does have the ring at home and he will show it to me once we got home.
It was a very awkward rest of the way home from there (10 mins or so) I felt like the biggest ass. Once home I tried to ignore what had just unfolded
Got back into jammies and we started watching TV.
About 30 mins later he got up and came back with a box and set it on the table. I ignored it because I didn’t want any of this to be happening
Tell us the one thing you love most about each other
Ben said my patience with him and I let him bring a fishing pole wherever we go.
He makes me laugh at the stupid shit he does. Wedding at Two Harbors MN

Besides getting married – what’s the one thing you are looking forward to on your wedding day?

Fireworks!! Easy day for Ben to remember the anniversary And time with friends and family. Amanda and Ben got married at the Superior Shores Resort in Two Harbors MN on July 4th, 2020. When they contacted me through an ad that I had placed, they were looking for a small number of hours and told me that it was hard to find someone to come up the north shore on the 4th of July. She was looking forward to having fireworks in your wedding photos because there were supposed to be multiple shows nearby. Due to Covid, those shows were canceled so she was visibly bummed. I told her that I had it handled and was able to add some fireworks into a few of her images! They had their ceremony on the beautiful shores of Lake Superior. Their son helped walking her down the aisle with her father. We then got to capture some wonderful portraits during the daylight. Once the sun started to set, we went to get the wonderful images that we both loved the most! Amanda was a very adventurous bride that told me that she was perfectly ok with going to the lake so of course, we had to finish the night with that! Wedding at Two Harbors MN 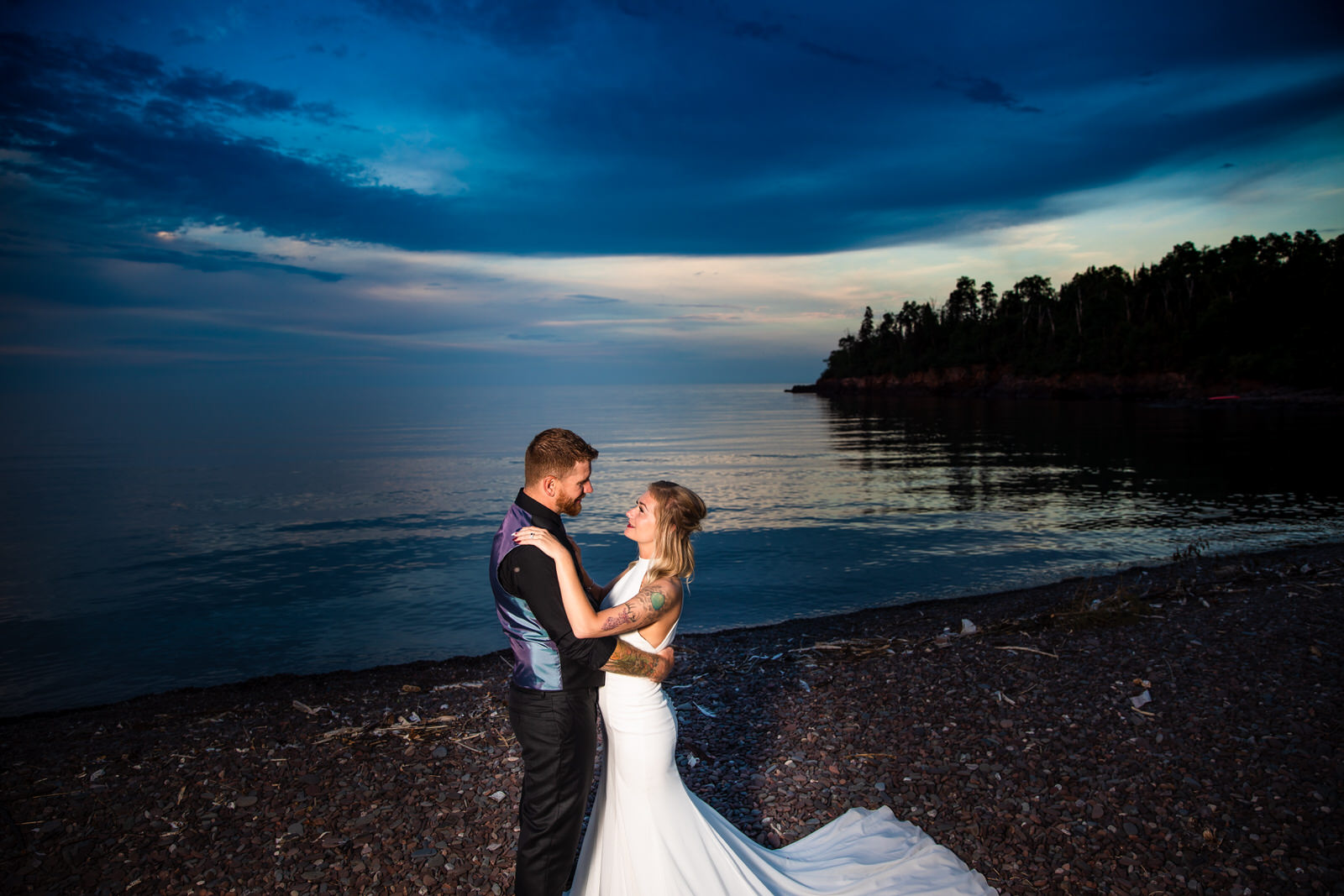 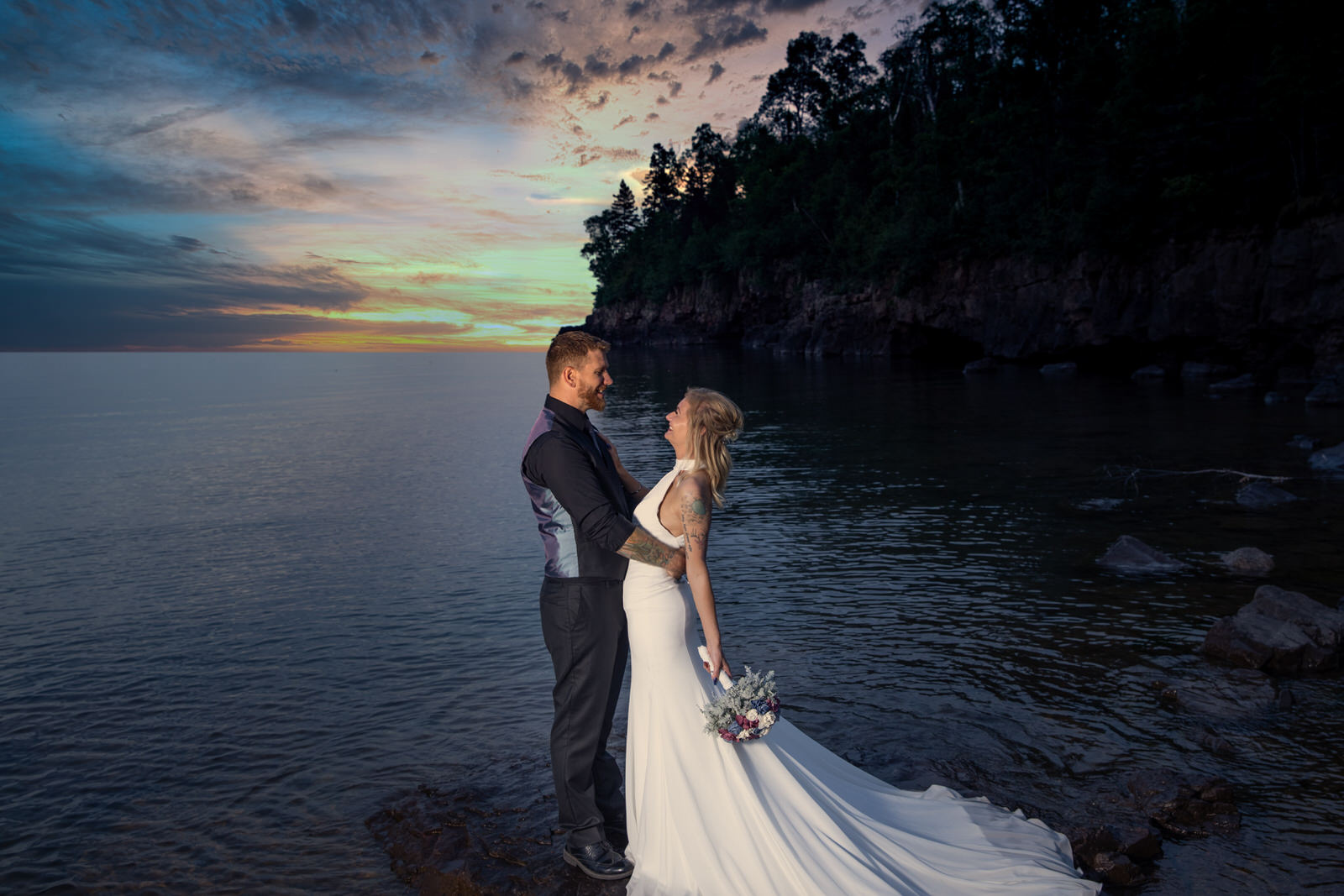 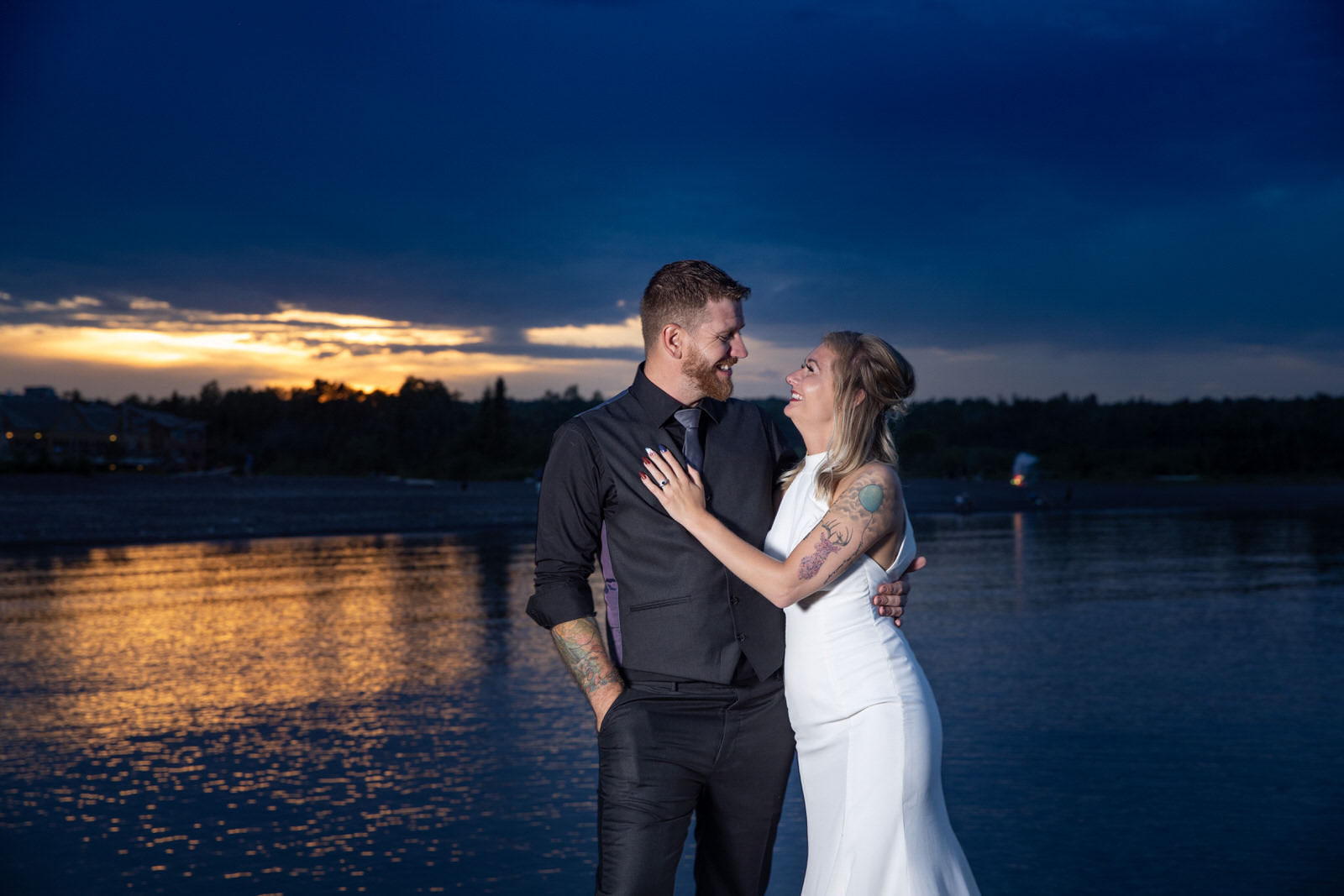 Think we'll be a great fit? Please take a minute to fill out the contact form and tell me all about you, your loved ones, and what you’re dreaming of for your wedding day. Together, we’ll craft a unique experience.